Home Educational program Amazon Prime Day: How not to overspend and not fall for the psychological tricks of sales

The two-day Amazon Prime Day sale may seem like the best deal of a lifetime. But is it really so? Marketing Professor Reveals Psychological Sales Tactics, Reports Entrepreneur. 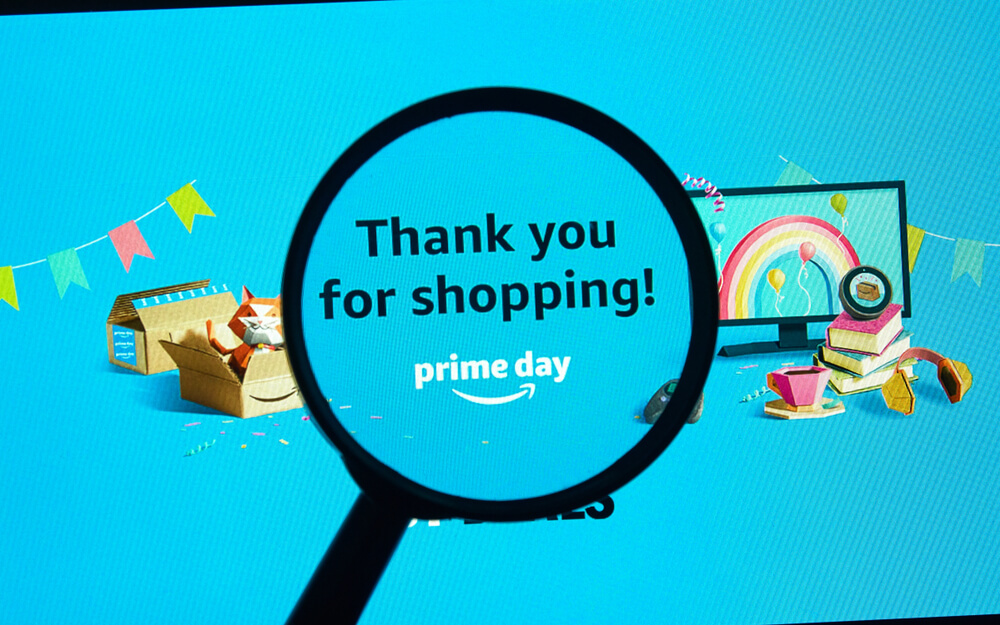 Whether it's Black Friday hype or clever social media ads, the lure of a sale is hard to resist. The promise of huge savings entices you to hit "buy" on items you've been eyeing, and even items you didn't think to buy.

Of course, e-commerce giant Amazon is well aware of this fact and has taken full advantage of its Prime Day since 2015. Originally created as a 24-hour sales extravaganza to celebrate the 20th anniversary of the online store, Prime Day has grown substantially every year, expanding the event to 48 hours by 2019, and generated over $2021 billion in sales in June 11. This year, Prime Day will take place on July 12-13.

With savings on everything from home goods to expensive electronics, Amazon's two-day sale may seem like the deal of a lifetime. But is it really so?

How do sales use consumer psychology to encourage buying?

The sales serve several purposes, Dholakia said. First, at the most basic level, sales help change consumer behavior. According to Dholakia, many retail shoppers are habitual, with most people resorting to simple, routine shopping patterns. But sales can disrupt this cycle.

“No matter what the terms are or how good the offer is, the mere fact of a sell-off signals that something else is going on,” says Dholakia. "That's the core value of the sale from both a marketer's and consumer's point of view."

We used to believe that sales meant we were getting something cheaper. Of course, this isn't always the case, but on Prime Day, Amazon wants you to think it is.

There's no denying the impact Amazon Prime Day has had on consumers around the world. Prime Day 2021's staggering total sales of $11 billion even surpassed Black Friday and Cyber ​​Monday sales combined.

“There is no parallel,” says Dholakia. “I know Target and Walmart have tried to replicate this too, but just given the scale of online shopping and the fact that it’s been around for a few years now and shoppers are used to expecting it over the summer, it all makes this a very significant event.”

“They deliberately position it as an alternative to Black Friday,” Dholakia continues. – Scale and duration, number of different sales, how these sales appear in sequence. All this makes for an event that most buyers find hard to ignore.”

Amazon positions Prime Day as a monumental, unmissable event and then goes to great lengths to make sure you spend big.

You must be an Amazon Prime member to participate in Prime Day. A $14,99 per month subscription includes fast, free shipping on Amazon products, plus access to TV, music, exclusive deals, and more. By making a Prime membership a prerequisite to participating in Prime Day, Amazon is creating a trap for profitable sales.

“You have to be a member to buy items, and obviously that's a huge incentive to sign up for Prime,” says Dholakia. “So it’s complementary: it encourages people to become Prime members and encourages more purchases on Prime Day because of the idea that you get free shipping and all these offers that are not available to anyone other than a Prime member.”

What's more, paying upfront for a Prime membership makes consumers susceptible to the sunk cost misconception. “In the case of Prime, when you pay $139 a year, from a psychological point of view, this cost is a sunk cost,” explains Dholakia. “When consumers actually make a purchasing decision later, they don't factor in the cost of that Prime membership. You think you're only paying the price Amazon lists for the item; you are ignoring the additional shipping costs you pay upfront as part of your Prime membership."

Once you've come to terms with the fact that your "free" shipping isn't really free, you can use a few other strategies to make sure you're getting the most out of Prime Day, and not the other way around.

We know sales make it look like you're making a bargain, even if you're not, so how can you take advantage of Prime Day without spending more than you'd like?

One key thing to keep in mind is that Prime Day shopping isn't necessarily the end of everything. “If a certain item is on sale on Prime Day on Amazon for $50, you have to make sure it's out of stock for $45 at Target, Walmart, or somewhere else,” says Dholakia. "Just because it's on sale on Prime Day at a certain price doesn't mean it's the best price you can get, even at that particular time."

It's also important to consider what you're spending your money on, as some items require more thought than others. “If it's something relatively cheap or something you buy a lot and don't care much about, that's fine,” says Dholakia. "But if you're buying appliances, a big-screen TV or something like that, you want to do some research and take your time with the purchase, rather than dwelling on this perception that you're missing out on something."

And for impulsive shoppers, Dholakia has a few extra tips: “To avoid impulsive shopping, especially for something like Prime Day, it always makes sense to have some sort of plan for what you want to buy, what your budget is, and set some parameters for your buying experience. This will solve a lot of problems - there is no point in continuing to buy things randomly.

On the subject: Amazon Prime Day: how to get a $10 bonus on purchases

Amazon Prime Day, a raucous sale event, is setting the stage for record sales by disrupting consumer behavior and making you feel like you're getting something for next to nothing. If you're aiming for some Prime Day shopping this summer, be sure to plan ahead.