Home In the U.S. Amazon pays hundreds of employees for positive feedback.

Amazon has hired a whole squad of employees to tweet positive reviews and seems to have amassed a serious reputation problem for itself. The decision is connected with the fact that the company's image on the Internet has recently been discredited - apparently, in this way the management decided to fight the negativity on the Internet. 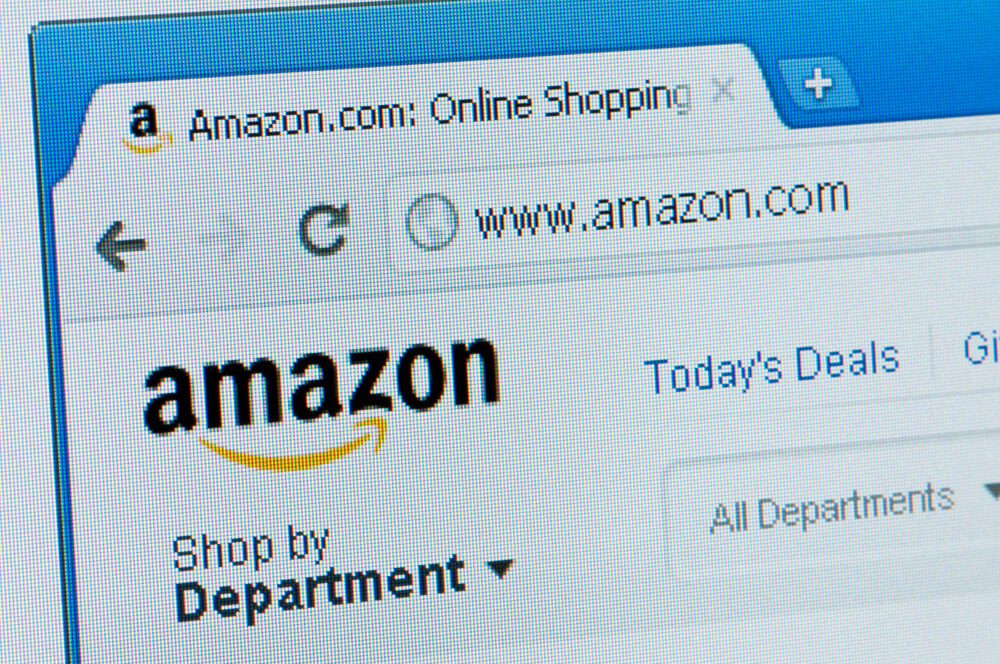 Now Amazon has a small army of so-called “FC Ambassadors”: they speak out about the company in a positive way and involve ordinary Twitter users in dialogues. Business Insider. These are employees hired for a full day, according to an Amazon spokesman, and their job is to share their experience while working at the center of the company's order execution.

A quick search on Twitter immediately found 13 accounts of such employees, and they seem very similar both in their online presence and in the topics of conversation. They regularly engage with tweets from low-profile users who discuss topics that portray Amazon in a negative light: warehouse fees, employee toilet breaks (#IgowhenIneedto, a hashtag coined by @AmazonFCCarol) and warehouse temperatures. "Ambassadors" support each other when faced with criticism or accusations that they are robots. 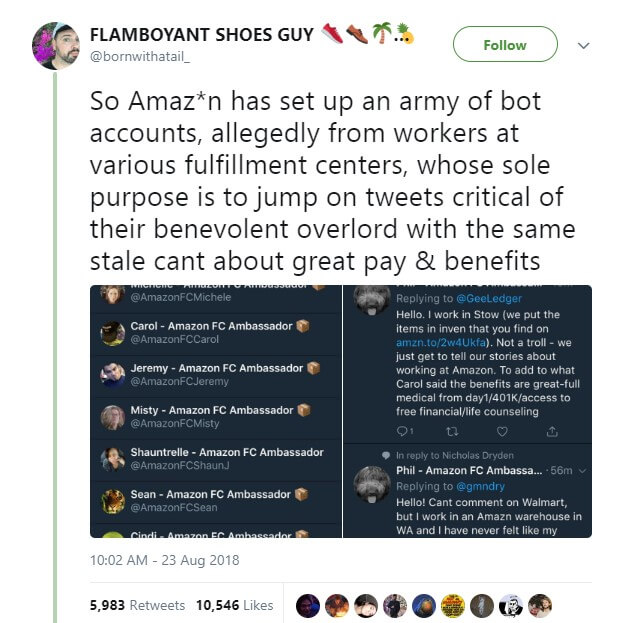 In a statement to Business Insider, Amazon said FC Ambassadors were exclusively employees who worked in warehouses.

“They've been here long enough to honestly share facts based on personal experience,” said an Amazon spokesman. "It is important that we tell people about the real situation in our fulfillment centers, and the FC Ambassadors program is a serious part of this task, as well as the tours to the centers that we offer."

They all appear to be one- or two-year veterans of the company, although their day-to-day tasks have changed since joining the new program. The spokesman claims that they continue to receive their salaries as if they were regular warehouse workers. 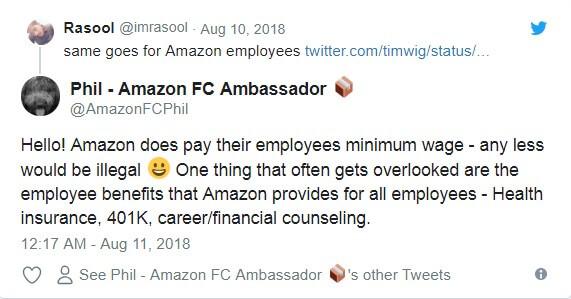 This coordinated process, aimed at working with concrete criticisms, clearly demonstrates how Amazon is taking steps to improve its reputation.

The company has previously come under attack from leftists, including major figures such as Senator Bernie Sanders, who believes Amazon's growth is an abuse of capitalism. Sanders' tweets systematically portrayed Amazon as capitalism's biggest villain. He often referred to founder and CEO Jeff Bezos, who, as the richest man in the world, has been criticized for giving little to charity. A frequent theme in Sanders 'posts is Bezos' exceptional wealth compared to the modest incomes of Amazon's simplest workers. 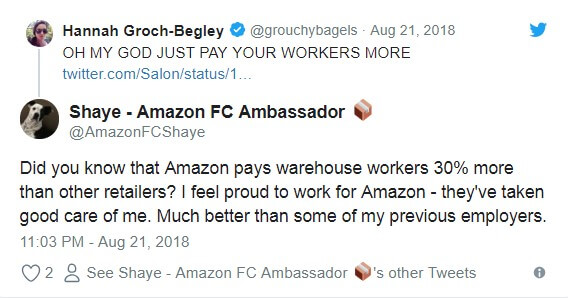 “While Jeff Bezos' wealth has increased by $ 260 million every day this year, he still pays so little to many Amazon employees that they have to depend on taxpayer-funded programs like Food Stamps, Medicaid, and the public to survive. housing, ”Sanders tweeted on Friday.

New Amazon “ambassadors” often enter into correspondence with users in the comments of Sanders, most of whose authors agree with the senator's sentiment. 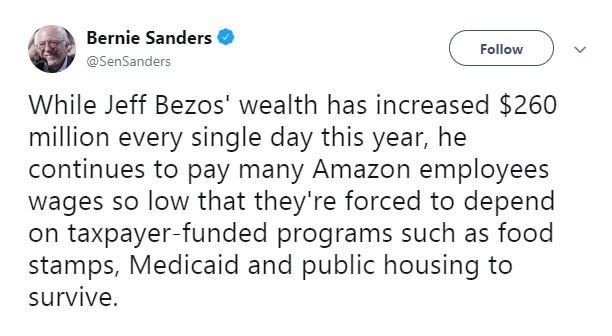 Many Twitter users said they would boycott purchases at Prime Day Amazon in July because of reports of poor working conditions at Amazon warehouses and the simultaneous strike of workers in Spain. Amazon defended its terms. 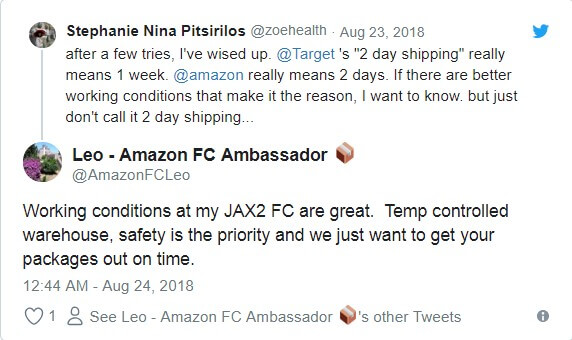 “Amazon is proud to have created over 130 new jobs over the past year. These are good jobs with highly competitive pay and full benefits. One of the reasons we were able to attract so many people is our first priority, providing a positive and safe work environment, ”Amazon said in a July statement.

Amazon has also been criticized for trying to get tax breaks for its second headquarters project (HQ2) and for worsening business conditions for small retailers.

What business failures have experienced the richest man on the planet