Home In the U.S. Aldi opens 150 additional US stores: Top 15 products to buy there

Aldi opens 150 additional US stores: Top 15 products to buy there

Discount supermarket chain Aldi is opening 150 additional stores across the country and a distribution center this year to expand its footprint in the grocery industry, reports FOXBusiness. 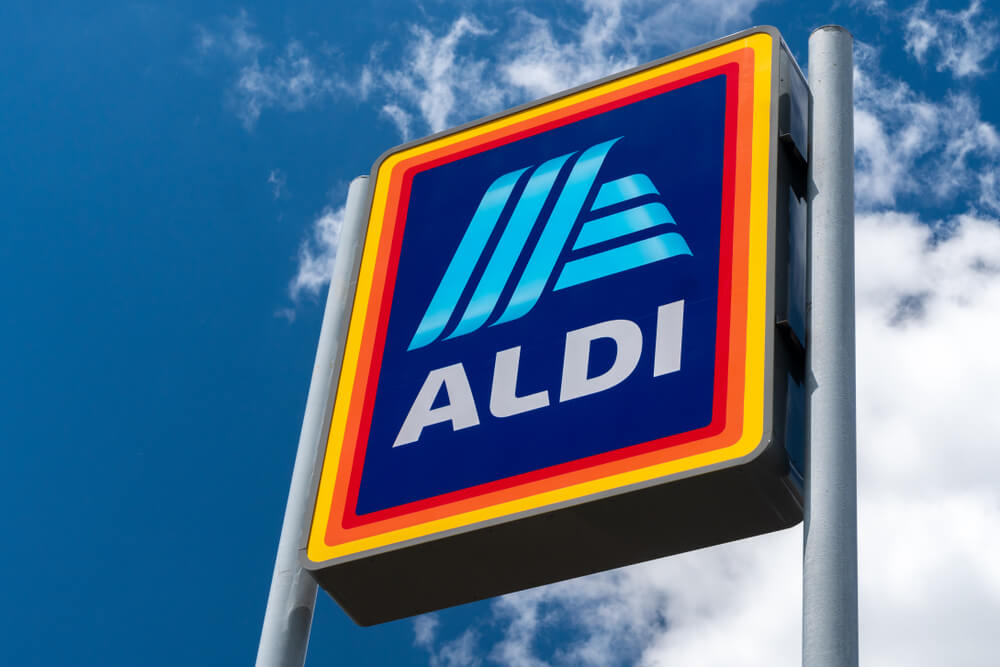 The move, which is part of the company's coast-to-coast expansion plan, sees it become "the third-largest U.S. food retailer by number of stores by the end of this year," according to Aldi, and help create a ton of jobs.

The company is also investing in a new regional distribution center in Loxley, Alabama this year, supporting "up to 100 new stores in Louisiana, Alabama, Mississippi and the Florida Panhandle," according to the company.

On the subject: Scientists have found that changing eating habits can extend life by 13 years: what you need to eat to live longer

To support this growth, the company will hire about 300 store employees and 200 warehouse employees in the area.

In February 2021, the company announced that it would open 100 outlets across the country and also expand its e-commerce capabilities. According to Aldi, the company planned to expand into Arizona, California, Florida and the Northeast.

Over the past decade, Aldi has opened over 1000 new stores.

Aldi is expanding rapidly in the United States, and for good reason. Approximately 90% of Aldi products are exclusively own brands, reports Riders Digest. After consulting with shopping experts and doing some research, the best products in Aldi are revealed.

Aldi is known for selling affordable and tasty wine. In fact, there is an entire Aldi wine list dedicated to award-winning bottles. Various wines sold at Aldi have received awards from the Wine Spectator, The American Masters of Taste Awards and the International Wine and Spirits Competition, according to Aldi's official website. Aldi has over 37 different wines priced under $10, however prices may vary by store. Before stocking up, read this buyer's guide to the best Aldi wine.

Since wine is a popular staple at Aldi, it's logical to assume that so is chocolate. The German company is reportedly working with many European suppliers, which means they also have a lot of imported treats, including chocolate. At Aldi, you can find high-quality delicious chocolate for as little as $2 for 4,4 ounces.

Aldi sells tons of different types of bread including brioche, whole grain bread, scones, Italian bread, bagels, even English muffins and more. Their bread not only has solid reviews, but is also sold at an affordable price. Their fresh white bread sells for about $0,89, making it more attractive than the average retail price for white bread in the United States of $2,46.

A 16-ounce oil at Aldi reportedly costs $2,56, which is cheaper than what you can find at Kroger (although Walmart offers the same price).

As with chocolate, Aldi has excellent cheeses from herbal cheddar to gouda. According to some reports, these fancy flavors range in price from $2 to $5. “The best thing is that Aldi has won numerous awards for their amazing cheeses so you can be sure they are of the highest quality,” says Jeremy Harrison, founder of Hustle Life. “Aldi can sell its products at a lower price simply because they have low overheads.”

Yes, Aldi has even more dairy products at reasonable prices. A 32-ounce Aldi yogurt costs $3,69, while a serving of yogurt costs $0,39 each.

While paper plates aren't necessarily the most economical purchase since they're meant to be single-use, sometimes you just can't bring yourself to do the dishes anymore. The price is what makes Aldi paper plates so appealing to the lazy. Some price comparisons even show Aldi prices rivaling those of Walmart. In addition, Aldi paper plates can often be found in the hot deals section.

Anything you can find in a tin can, including stock, beans, tomatoes, applesauce and various vegetables, can be bought at Aldi. Plus, they have the same selection as other grocery stores. One blogger found canned food at Aldi for just $0,65 each.

Add other baking essentials to your basket filled with butter and chocolate. Kiplinger says baking essentials like flour, sugar and butter are cheaper at Aldi than other high-profile brands. For example, the store brand Aldi Baker's Corner sells a 32,8 ounce bag of brown sugar. for $1,29 compared to Domino Light Brown Sugar, which retails for $2,69 for a 32-ounce bag at Kiplinger.

If you like buying everything organic, Aldi is a great alternative to more expensive health food stores or websites. Aldi has lower prices on everything from organic and beef to organic beans and coffee. You can reportedly find organic produce at Aldi for 50% less than Whole Foods.

Anything from the Red Hot Specials

Aldi's hot deals section is exactly what you think - even better deals on your favorite items. The retailer updates special deals on its website weekly so you can see what deals are available at an Aldi store near you. Don't miss out on these important promotions your grocer won't tell you about.

Aldi products have mixed reviews for quality. Their prices, however, are undeniably competitive with some items such as apples, strawberries, blueberries, and avocados that retail for less than Costco, Whole Foods, and Trader Joe's. However, be sure to double check the freshness of everything you buy.

Another great thing about Aldi is milk. According to Andrew Roderick, CEO of Credit Repair Company, Aldi milk is on average 50% cheaper than competitors.

“Milk at Aldi is so cheap that new customers double-check the labels to make sure it's not past its expiration date,” says Roderick. “Price does not always mean premium, and the reverse is also not true. Aldi proudly guarantees that all of their milk is free of artificial growth hormones, which are fillers commonly used by cheaper brands to increase fluid volume.”

Aldi has an extensive selection of their own cereals. Many of these cereals contain natural colors and are sugar-free, making breakfast more tasty and healthy.

Every Wednesday, Aldi offers a "Fresh Meat Special" which is usually top quality meats such as brisket or pork chops at very low prices. These deli meats sell out quickly, so it's best to go early.

Lots of photos and obscene captions: Trump has released a book about his presidency that his supporters adore

In the US, two low-cost airlines announced a merger: flights across America will be very cheap