Home Educational program 9 US immigration facts worth knowing in 2019

9 US immigration facts worth knowing in 2019

The issue of immigration is likely to be included in Donald Trump's annual Address to the Nation - in Congress on Tuesday night. Regardless of what the president says, there are nine facts that describe the state of U.S. immigration in 2019. 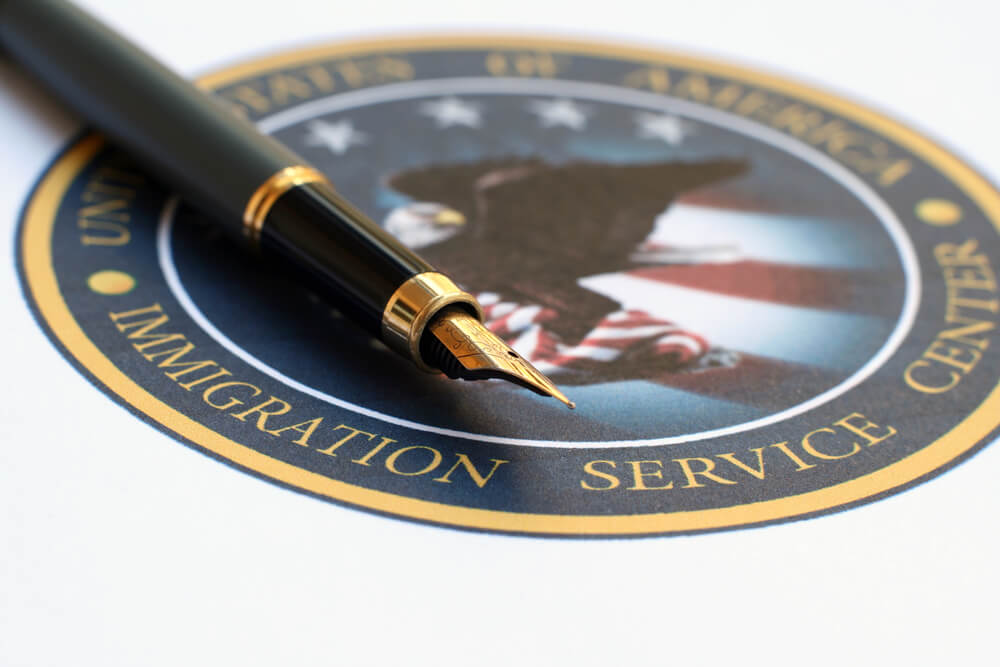 How do most illegal immigrants enter the United States?

According to Randy Kapps, director of research for US programs at the Institute for Migration Policy, only about a third of illegal immigrants entered the United States, illegally crossing the border, writes CBS News. This means that the borderline the wall would not hurt 75% of illegal immigrants find themselves in the States.

How many illegal immigrants live in the United States?

According to Pew, the number of illegal immigrants living in the United States reached a 12-year low in 2016, which according to researchersIt is connected with the strengthening of the work of the authorities on the southern border of the country and the change in economic trends. The Institute for Migration Policy estimates that in 2016, 11,3 had a million undocumented immigrants living in the United States.

How many people are detained every year for trying to cross the southern border?

Illegal border crossings began to decline significantly in the middle of the 2000-s after reaching record high levels in the 80-90. AT 2005 year, US customs and border guards detained a little over 1,17 of a million migrants. Since then, arrests for illegal border crossings have occurred less frequently almost every year.

Is shelter a form of illegal immigration?

Asylum is a special type of immigration process designed for people who "have suffered persecution or fear that they will be persecuted on the basis of race, religion, nationality, membership of a particular social group or political opinion," according to USCIS.

Getting asylum is not an easy task. This is a multi-year process that includes probable detention, multiple interviews, extensive documentation of the immigrant's previous suffering, and fairly small chances of success.

Last year, the US Citizenship and Immigration Services reviewed 100 000 claims of “probable fears,” the first step in an asylum procedure for an immigrant. Judges examined about 42 000 asylum cases during the same time period: more than in any other year over the last 18 years.

But denials of asylum last year also reached a record high. According to TRAC, immigration judges rejected 65% of applications for 2018 year.

How many immigrants appear in court?

The Trump administration has introduced several new immigration rules - for example, the recent Stay in Mexico policy, based on the assertion that immigrants do not appear at court hearings. Homeland Security Secretary Kirsten Nielsen said applicants do not appear in courts, while Donald Trump said only 2% of applicants set court dates.

How do illegal drugs get into the country?

Only a “small percentage” of heroin seized by agents of the US Customs and Border Guard was detected “along the land border between ports of entry,” according to the 2018 Addiction Threat Assessment Report of the Year, published by the Anti-Drug Administration (DEA) in October.

The DEA also stated that “it is rare to see very large quantities of cocaine heading for the border between the United States and Mexico,” and that instead drugs are transported by boat and “among legitimate goods of commercial trucks or in secret compartments built inside cars. According to the agency, “smugglers are increasingly choosing seaports along the east coast.”

Fentanyl enters the country from China by mail and across the southern border, although "most of the seizures of fentanyl [customs and border patrol] occur at [ports of entry] in Southern California."

US customs and border officials announced the largest fentanyl raid at the end of last month. According to Associated Press, on a tractor trailer legally crossing the border in Arizona, an 254 pound of synthetic opioid was intercepted.

According to a research report from the Cato Institute, published in June 2018, illegal immigrants are behind bars 47% less often, and legal ones 78% less often than the native people of the country.

According to research by the Institute, immigrants without documents are also less likely to commit serious criminal offenses. Using government provided data from Texas Department of Security, the think-tank came to the conclusion that in Texas the level of arrests of Native Americans for murder was “about 46% higher than the murder rate, by illegal immigrants". Another study by scientists from the University of Wisconsin found that "an increase in the concentration of illegal immigrants is associated with a statistically significant decrease in the level of violent crime."

Do undocumented immigrants have the right to participate in government social security programs?

Undocumented immigrants are deprived of most public goods, such as food stamps, regular Medicaid assistance and temporary assistance to families in need (TANF). But there are some exceptions to “protect life or ensure safety in difficult situations,” reports National Immigration Forum.

Legal immigrants, including green card holders, asylum seekers, as well as refugees, are eligible for federal benefits, but only after they have spent at least 5 years in the US as legal residents NILC.

How much it costs every illegal for taxpayers: updated data

2018 Heroes of the Year: Our US Immigrants Succeeded

More and more illegal migrants are being detained in the USA: what awaits them

How much does immigration cost: rates for living in Seattle

How can life in America develop if properly prepared for it