Home In the U.S. 59 illegals tried to get to the USA by hiding in a truck trailer

59 illegal immigrants were found in a cargo bay of a truck trying to cross the Mexican-American border at a checkpoint in Texas. 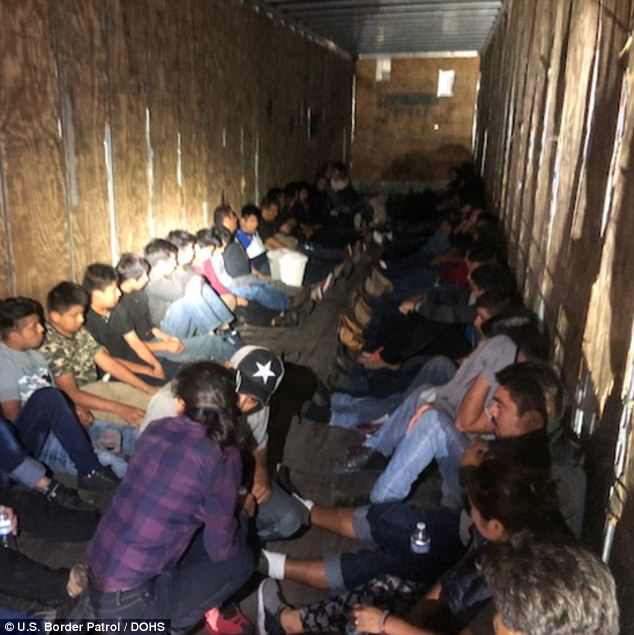 The illegal immigrants in the trailer are citizens of Mexico, Guatemala, Brazil, Honduras and Peru, and the driver and passenger traveling in the cab are US citizens.

Border police arrested the driver and passenger and confiscated the truck.

According to the border guards, illegal immigrants are just a commodity and a way to earn money for smugglers, they are not at all concerned about the safety and fate of these people, who are often transported in disgusting and dangerous conditions.

The incident is investigated by the Department of Homeland Security.

In such cases, drivers are paid for each illegal immigrant they transport, but if they are caught, then such people are threatened with long prison terms.

For example, on the same day that 59 illegal immigrants were detained in a truck, the court decided against 61-year-old smuggler James Matthew Bradley. He was sentenced to life imprisonment without the possibility of parole. A few months ago man was arrested in the parking lot Walmart near San Antonio, Texas, after police found the 39 man in the back of his truck. Of these 39 people, 8 were dead, two more later died in hospital. Illegals suffered from the heat, because the air conditioner in the truck did not work, and during the trip they did not even have water.

Immigration laws of different states that are worth knowing

How an illegal immigrant can get a green card