Home Educational program 3 stories of Americans who are chasing discounts

3 stories of Americans who are chasing discounts

For a long time, no one believes that saving and hunting for discounts is the lot of the poor. In the United States, using coupons that allow you to buy goods at a discount is standard practice for the middle class. Seattle-based journalist Guzel Gubeidullina has collected three stories of Americans who are not shy about saving. 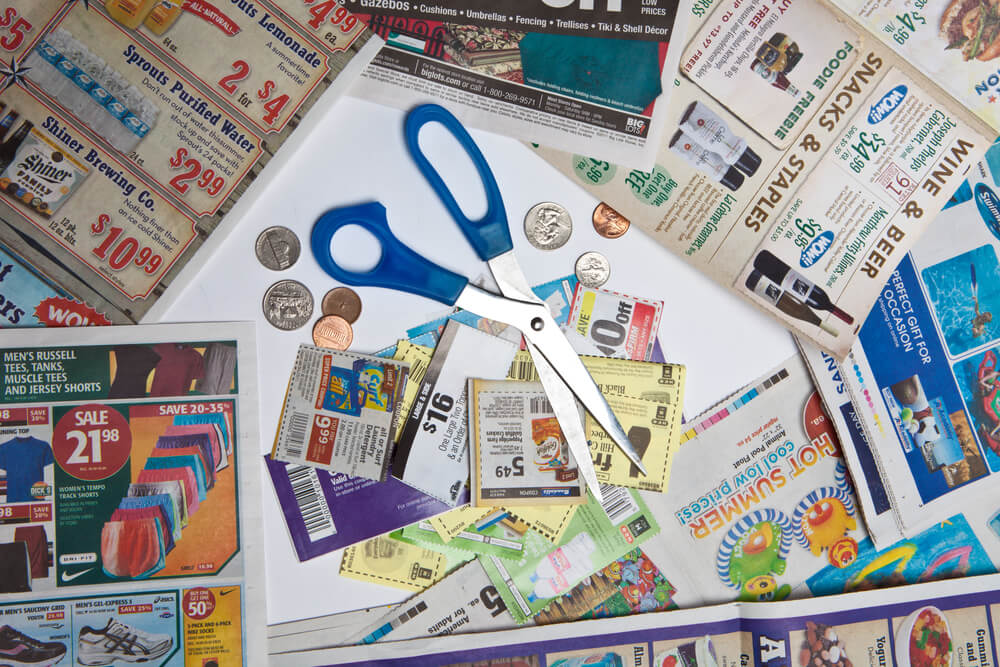 A coupon is a paper or digital document containing a unique code. When buying a product or service is paid in exchange for a discount. Coupons are issued by grocery chains, clothing and shoe stores, restaurants, cosmetic boutiques, pharmacies, and even garages.

The first paper coupons appeared in the USA in 1888: they could be exchanged for a glass of free Coca-Cola. During the Great Depression, the use of coupons increased dramatically. K 1965 half of all American families saved by using coupons. The development of technology has led to the fact that some of the coupons migrated to special applications. But the idea of ​​saving has not lost popularity. For example, in 2002, Americans saved $ 3,8 billion by using coupons for purchases.

How difficult is it to engage in couponing and how much can you save?

Russian Tatiana, 15 years living in the United States, a recruit in the coupon market, but pretty much in it has become skilled. She started a year ago with diapers, which cost her 5-10 cents apiece, but then she got excited to save more and more. Mother of two children (third on the way) uses applications Krazy Coupon Lady and Checkout51.

Tatyana's policy is to buy something that is now a good discount: "Anyway, in the future, you will have to buy this product, but at the usual price." For this reason, there are deposits of shampoos, gel, soap, powders and other household goods in her house.

Tatiana prefers to buy in Target, CVS, Walmart, Walgreens. For example, children's yoghurt cost her 30% discount. True, it is not possible to save much on food, because Tatiana's family loves to buy food in Russian stores where there are no coupons. But she actively uses coupons when buying clothes in Kohl's.

The average discount on coupons that Tatyana receives on her purchases is 60%, and sometimes it reaches 90%. In a month, she saves on the purchase of household trifles for $ 100-200.

According to Dondokova, there are coupons for even more serious purchases - for example, $ 500 discount from car dealers, if you call them "here and now."

“Couponing” is a serious work: you have to keep track of all sales, coupons, collect them from friends and acquaintances, print online, sort and keep track of expiration dates, ”Tatiana summarizes. 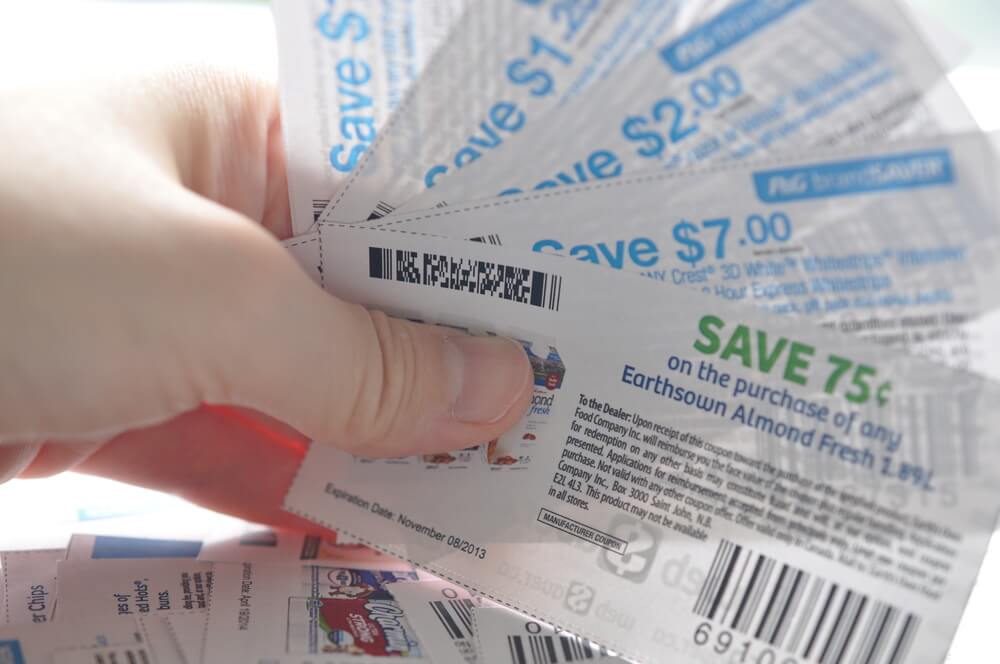 Jared, federal official (asked not to give his last name)

Jared started using coupons about five years ago. The motive has become too high, in his opinion, the price of shaving accessories. In order to understand how this system works, he carefully studied several online blogs with tips. And he began to use coupons himself. Jared printed online coupons or borrowed from advertising and news newspapers (usually these tabs are on Tuesdays).

In a special section of the site Walmart, for example, coupons are offered for more than 300 products, discounts that start at $ 0,25 and reach $ 20. Grocery retailer Safeway sends coupons to its customers, each of which gives a discount of 20% when buying over $ 50. Often, stores give coupons for the next purchase along with a check.

Jared mainly used coupons in supermarkets and pharmacies. Often he received some goods for free, including the very shaving accessories that started it all. Every year, according to Jared, the savings on coupons were a couple thousand dollars.

However, with the transition to a new job, Jared almost stopped using coupons: "My time now costs more than I save with their help." He also claims that recently retailers have been changing coupon policies, and they have ceased to be so profitable.

Jenny and her spouse have five daughters, so the couple should really try to keep the fridge and pantry full of food, in a small family budget. In search of savings, Martin turned to mobile apps that help cut the check for grocery shopping by half. This, for example, SavingStar, iBotta, Checkout51 and MobiSave. 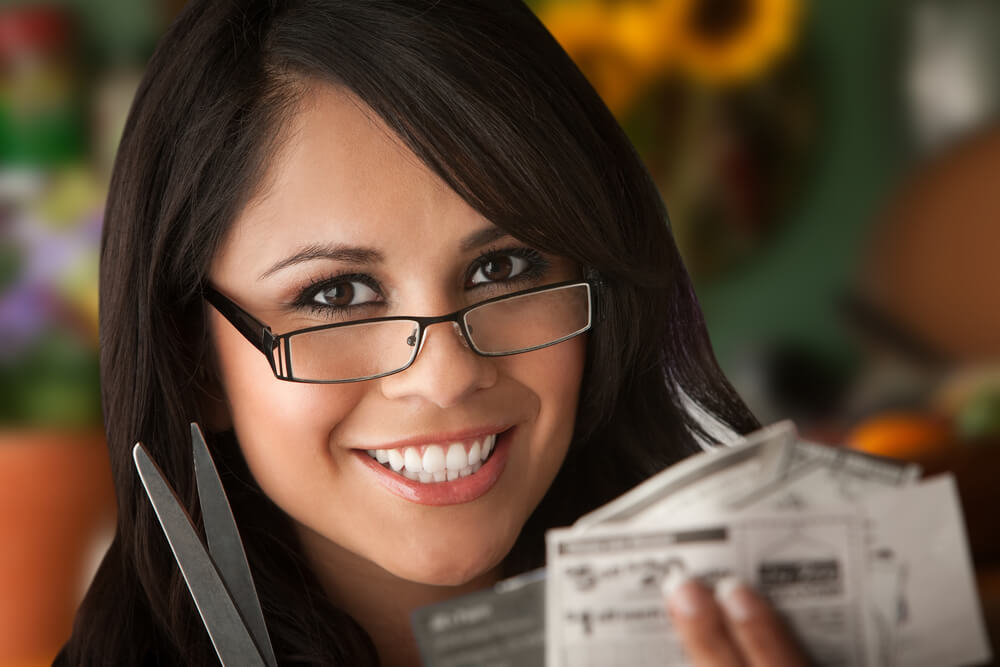 The average American family of four spends about $ 250 per week on food. But, as Jenny says, for their family of seven, this figure is now $ 75 per week or even less. For example, on one of the last shopping trips, her grocery cart made 16 positions at $ 47,25. But after using mobile apps, she saved $ 37 and paid only $ 10,25. According to Martin, the family budget savings are up to $ 5000 per year.

True, this economy has a flip side of the coin - before you pack up for big shopping, Jenny usually spends about 45 minutes checking all mobile apps (for discounts) and collecting all the sales data.

“Start small — focus on discounts on the things you usually buy, do not buy unnecessary goods. And then focus on the remaining offers, ”Martin shares his experience.

Where to buy affordable drugs in the US

6 ways to shop at Costco and Sam's Club

How to save on tickets to the cinema and the concert