Home Incidents 27 tornadoes in a day: bad weather broke out in the southern part of the USA

The southern United States was hit by powerful storms, causing 27 tornadoes in five states. There are already reports of one person killed, power outages and destroyed houses. The edition told in more detail USA Today. 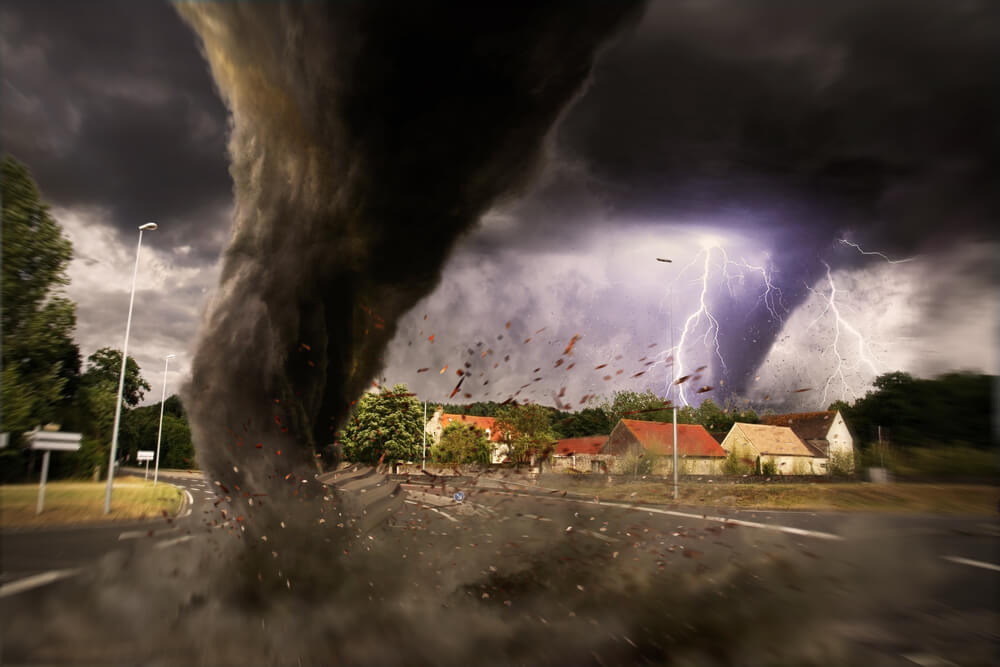 On Thursday morning, March 18, forecasters have repeatedly warned of a tornado in the intersection of Alabama, Georgia and Florida. There were fears that the storms would intensify as they moved into South and North Carolina, but they mostly stayed within the three states.

To date, one person has died and four tornadoes have been confirmed in Mississippi after storms swept across the state on Tuesday and Wednesday (March 16-17).

Malary White, director of external affairs for the Mississippi Emergency Management Agency, said officials are still being determined with tornado estimates made in various counties: “This is very, very preliminary. It is possible that they can change. "

White explained that the Mississippi Emergency Management Agency is awaiting confirmation from the National Weather Service for 14 other possible tornadoes in the state.

About 20 homes and businesses were left without electricity. According to the meteorological service, at least two people were injured when a tornado hit southwest Alabama, destroying their home.

What happened in the affected states

In Alabama, a tornado with a wind speed of 110 miles (177 km) per hour caused serious damage to many buildings, tore off many roofs, writes Accu Weather.

One tornado was reported in Pierce County, Georgia, and damage at three other locations indicated possible tornadoes that would have to await the results of the NWS research teams.

In Pierce County, a confirmed tornado at 13:38 p.m. raged in Bristol, in southern Georgia, leaving fallen trees in its wake. The first two of the possible hurricanes damaged the Florida areas, Gilchrist and Alachua counties. They damaged several vehicles and tore the roof off the building.

Time lapse of the tornado that moved thru Silas, AL yesterday afternoon. Speed ​​is increased 6x ... or about 17 minutes of video condensed to 2 1/2 minutes. #alwx #Tornado Higher res will be on my Photojournalist Brian Emfinger page. pic.twitter.com/v0RoL5zYT8

Georgia too faced flash flooding on Thursday, March 18, when torrential rain flooded the streets of Atlanta. The water level reached the windows of the cars.

Another possible tornado has been reported in Isle of Wight County, Virginia. After him, the roads were littered with tree branches, and the power lines were damaged.

The storms dealt one of the hardest blows in central North Carolina. A strong wind broke the basketball post in half and carried it through the spring city of Badud.

According to preliminary reports, the destruction on March 17 was mainly concentrated in Alabama, where 19 of the 27 tornadoes were found in a day. Three of them were in Clark County, including the aforementioned tornado that injured two people.

A woman and her baby were injured when their home collapsed from a tornado that knocked down three more houses in the northern part of the county.

Heavy rain and strong winds hit the southern states as well. There were 85 reports of strong gusts and 43 cases of hail. Most of the winds came from Texas and Mississippi, where many fallen tree branches fell on power lines, leaving thousands of residents in the dark.

While southern Alabama faced most of the tornado concerns, it was the northern part of the state that was hit by extensive flooding. In Colbert County, emergency responders used boats to evacuate homes. The flood depth was about 5 feet (1,5 m).

The main reason the total number of injuries was low was due to the favorable cool conditions, which reduced the number and severity of tornadoes.

"This is all due to the limited amount of heat," said Alex Sosnowski, senior meteorologist at AccuWeather. - When the cloud cover is overhanging, the sun cannot pass and quickly heat the earth. When the ground is wet, most of the solar energy is used to evaporate moisture from the ground rather than heating. "

A little video of the tornado near Silas, AL #alwx #tornado #drone pic.twitter.com/iWjHri2s9v

Sosnovsky said that to amplify the power of thunderstorms and tornadoes, they need warm air emanating from the heated ground.

Warm ascending air currents contribute to the formation and strengthening of the element.

Although forecasters believe that weather conditions have reduced the intensity and the total number of tornadoes formed, the conditions created were still favorable for the formation of many tornadoes.

In North Carolina, WGHP-TV meteorologist Van Denton told everyone to leave the set to take cover for a few minutes after the storm, with a warning of a tornado sweeping directly over the station.

“I've never heard such a rumbling sound. We never had to leave the studio during a broadcast, ”said host Neil McNeill.

In South Carolina, due to a severe weather threat, the head of the state Senate urged senators to stay at home and urged employees to work remotely for their safety.

On the subject: Rescue Tips: How to Survive a Tornado

“If you are in a situation where it is dangerous, please do not come,” said Lucas.

The damage and scale of storms are still being assessed

The actual number and strength of the tornado will be determined after the meteorological service completes the damage survey.

RETWEET: Incredible visuals are coming in from #Mississippi today as storms 🌪️🌪️ rip across the south. Check out this #tornado in Strengthford, MS from this afternoon. #MSwx #tornadowarning pic.twitter.com/HuXSrHodqS

The meteorological office in downtown Alabama said the teams dispersed on Thursday to assess damage in at least 12 counties where tornadoes could have walked.

“Overall, we have a lot to be grateful for, as things could have been much worse,” Alabama Governor Kay Ivey said in a statement.

“I just jumped over the chair and held on to it,” he said. - After 10 seconds everything was quiet. But if it lasted a little longer, I probably wouldn't be here. "