If the visa issues are not resolved, the United States can expect "a catastrophe on the human and economic level," writes Bloomberg. 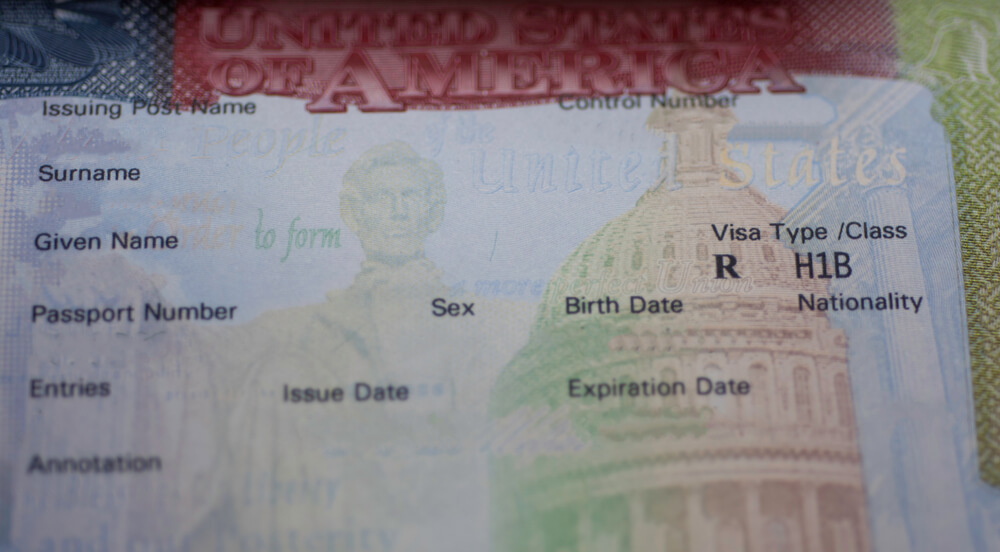 Manasi Vasavada has less than three weeks left before she loses her legal right to stay in the country. Dental practice in Passaic County, New Jersey, where the 31-year-old Vasavada worked for almost two years, closed in mid-March due to Covid-19. Since then, the woman has been on unpaid leave.

Wasawada remains in the United States with an H-1B visa, a temporary stay program designed for people with special skills. H-1B recipients can stay in the country legally without paid work for only 60 days. Her husband, Nandan Buch, also a dentist, is in the country on an H-1B visa, which expires in June. Both of them experience growing fear as they count down days without work.

The moment may soon come when the couple cannot stay and cannot leave: India, their home country, has closed its borders indefinitely. The couple also took out $ 520 in student loans after completing advanced degrees at US universities - a loan that is almost impossible to repay on salaries they will receive in India. Bukh, 000, began to lose his hair due to stress. Both had sleep disturbances.

“Everything is really confusing and gloomy now,” Vasavada said. "We don't know where we will end up."

According to Jeremy Neufeld, an immigration policy analyst in Washington, DC, by the end of June, 250 foreign workers applying for a green card in the United States (about 000 of them live on H-200B visas) could lose their legal status. About three-quarters of the H-000B visas are intended for people working in the technology industry, although the exact data varies from year to year.

On the subject: Immigrant doctors cannot rescue COVID-19 patients in the US due to visa restrictions

Tens of millions of Americans have lost their jobs in the past two months, but visa-based workers in the country are vulnerable compared to US employees. For example, H-1B visas are associated with a specific place and the employer, who undertakes to pay the recipient a minimum wage. Cheating employees, reducing their wages and, in some cases, allowing them to work from home, violate visa requirements. Dismissed H-1B workers have 60 days to find another job, move to another visa, or leave the country. Even if they do not lose their jobs, people may face a dilemma if they cannot renew their visas during the downtime.

The visa crisis is causing "a catastrophe on the human and economic levels," said Doug Rand, who worked on immigration policy in the Obama administration before co-founding Boundless Immigration Inc., which helps people navigate the immigration system. H-1B workers often have families who also rely on their jobs to obtain permission to remain in the country, including children who may have spent their entire lives in the United States.

On April 17, TechNet, a lobbying group that includes Apple, Amazon, Facebook, Google, and Microsoft, joined a coalition of trade groups calling for help for workers born abroad. In the letter of appeal was a request to extend the validity of work permits, at least until September 10.

“Without action, these problems will lead to hundreds of thousands of unemployed jobs and have profound negative economic consequences,” the letter said.

“We saw the administration extend the deadline for filing tax returns,” he said. According to Burgos, such flexibility in visa programs makes sense "because nobody is to blame here."

The Trump administration did not respond to the letter. The representative of the US Citizenship and Immigration Service refused to say whether the agency would extend the visa deadlines, but said that it could provide special support to people affected by circumstances beyond their control, upon request.

The administration has consistently taken a tough stance against immigrants and foreign-born workers. According to the Department of State, the number of nonimmigrant visas has declined for the fourth consecutive year, from 10,9 million in 2015 to 8,7 million in 2019. In March 2020, the department closed embassies and consular offices, giving little guidance to those at risk of being illegal. Citizenship and Immigration Services personal services have been suspended since March 18 and will resume no earlier than June 4, with a 78-day break in service.

On April 20, President Donald Trump tweeted that he plans to temporarily ban all immigration to protect US jobs. The next day, he announced a 60-day ban on receiving green cards for most people arriving from outside the United States. This has exacerbated the threat of further disruptions to companies that employ many foreign-born workers.

On the day the president announced his decree, Louis von Ahn, co-founder and CEO of language learning startup Duolingo Inc., tweeted that the ban on green cards would force the company to relocate jobs overseas. Von Ahn is an immigrant from Guatemala, and one-fifth of the 250 people at the company work in the United States on H-1B or other visas. At the same time, the company plans to increase its staff by 50% in order to keep up with the increased demand during the pandemic.

In one case, Duolingo tried to hire an engineer who had recently been fired from another technology company. The worker is in the United States on an O-1 visa, which is designed for people with extraordinary abilities. According to a Duolingo spokesperson, he will now have to wait 6 to 9 months to obtain a visa and work permit. At the same time, he cannot work for the company or leave the USA.

On the subject: Coronavirus and immigrants: what holders of work visas need to know during a pandemic

However, the companies facing the most difficult decisions are the ones who cut staff in response to the pandemic. Some choose to fire foreign workers whose visas require regular payment. Others choose to keep H-1B workers in the state to maintain their legal status by laying off Americans. There is a risk in either approach, as employers are potentially at risk of being prosecuted for discrimination, says immigration and employment lawyer Rebecca Bernhard.

For some workers, a stable future in the US suddenly turned out to be distant.

Sean Noronha, a 23-year-old Australian living in San Francisco, was fired from a technology startup in January. He found a new job at a software development startup ready to sponsor his visa. But before he could get to the Australian consulate to update his documents, the Covid-19 pandemic began.

Noronha changed his status from working to tourist, which allows him to remain in the United States until the end of June. But without a regular salary, he quickly spends his savings. Recent tweets from President Trump to tighten immigration restrictions have made Norony doubt his decision to move to the United States.

“It made me wonder if I made the right choice? - said Noronya. "Should I just go home and maybe chase the American dream sometime in the future?"

The United States announced its readiness to issue visas to foreign doctors: why this led to a scandal

I could not read the text: the immigrant remained without US citizenship due to blindness