Home Work 17 amazing things people decide to get a job

17 amazing things people decide to get a job

Some job seekers are ready for anything for the cherished place of work. To distinguish themselves from other candidates, they decide on strange, funny and inventive ways to attract attention to themselves. Candidates for a position use advertising, the Internet and the press to convey information. Almost everyone managed to find a job for such inventive applicants, writes Budiness insider. 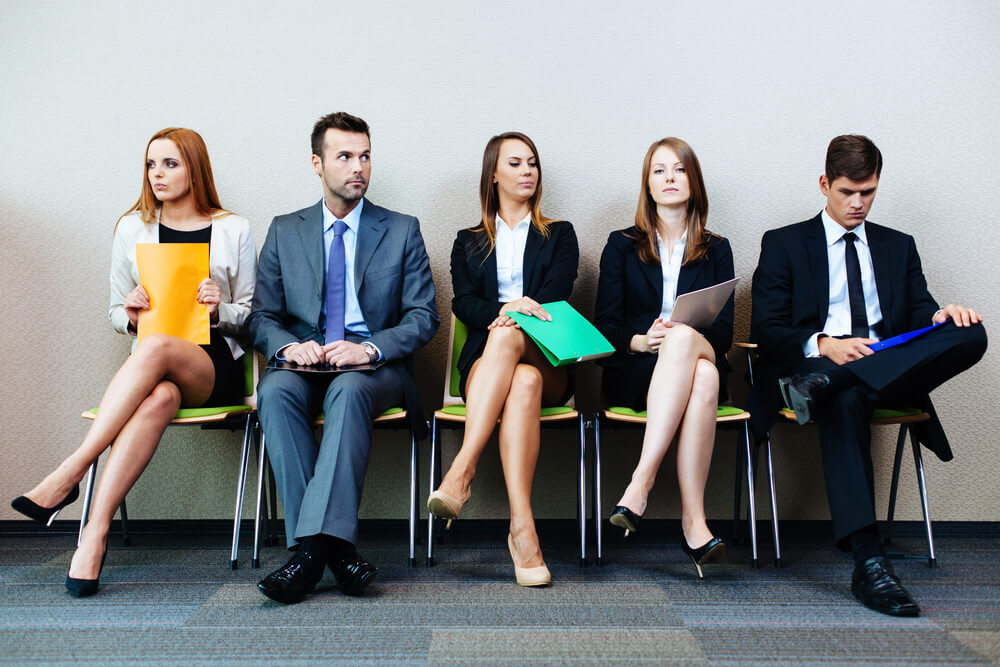 Here are some of the most amazing ways people look for work.

Handing out resumes on the side of the road

Sometimes the best way to get people's attention is to give out your resume to someone who passes by. In the case of 30-year-old Patrick Hoagland, it worked.

According to CNN, a recently dismissed builder decided to take to the streets of Phoenix, Arizona, handing out his CV to passing drivers. He was not even stopped by 110 degree (+43,3 Celsius) heat in July.

Another resident of Phoenix, Melissa Di Gianfilippo, who was driving by, took a copy of Hoagland's resume and shared it on Twitter. This brought Hoagland hundreds of job offers. At the time of writing, it is not known whether he accepted any of them.

On the subject: 15 weird posts to make good money

Posting your name on a billboard

Adam Pacitty graduated from university in 2012, but soon found it difficult to find work.

After sending about 250 resumes, he realized that he needed a way to stand out. It was then that Adam bought a billboard. He said that the sign along with the website contributed to the appointment of 60 interviews, and in the end he got the job.

After many interviews in different companies, one person was constantly unlucky. According to reports, he decided to change everything by putting on professional clothing along with a long red wig that made him look like Guns N 'Roses singer Axel Rose.

During his next interview, he took off his wig halfway, saying that he felt stupid. The interviewer appreciated his sense of humor and immediately offered him a job.

Create a virtual resume in the style of LEGO

College graduate Lisa Bowman came up with a unique approach to resume writing by creating a virtual resume on LEGO.

Having demonstrated her skills, she was able to prove that she can do everything that is indicated in her resume.

The game of stone, scissors, paper - as an argument

After an interview for the first job, one applicant was asked to convince her potential employers to hire her.

Thinking this over, the woman offered a game of stone, scissors, paper to determine if she should be hired. If she wins, she will get a job. If the leaders of the company win, then they will decide for themselves.

Naturally, leaders appreciated her sense of humor and decided to give her a job, regardless of who won.

An interactive resume that demonstrates experience.

Graham Anthony, a public relations and social media consultant, looked for work, but to no avail. To distinguish himself, he decided to make an interactive resume demonstrating his experience.

Thanks to his unique thinking, he received so many job offers that he agreed to everything, becoming a freelancer.

On the subject: 15 amazing professions you didn't know about

Two miles walking in a blizzard to hand resume

Some applicants go to great lengths to get a job, but this person has gone the extra mile, well, maybe two extra miles.

A college student sought to avoid an unhealthy work environment in the team and a terrible boss, so she walked two miles in a blizzard to apply for work in the hospital.

Tattoo on the face is the best way to advertise.

Rudolf Troncone really wanted to get a summer internship at R / GA, an innovative company with offices in 14 countries. For the sake of this, he made a tattoo on his face.

This bold stunt made such a strong impression on R / GA that Tronkone received an internship. In the end, it would be very difficult to get a job elsewhere.

Imperative inscription on a billboard

Like Adam Pachitti, this Irishman bought a place on a billboard in 2011 to post information about himself as a job seeker.

The announcement read: "Save me from emigration." Féilim Mac An Iomaire earned the nickname "unemployed paddy" thanks to his email address on the billboard. Like Adam, McIomar was able to find work and stay in Dublin thanks to his advertising.

Cheesecakes for a startup called Google

One technology person decided to find a job at Google’s newly created startup in 1998.

He was known among his friends as an excellent cheesecake chef. So, seizing the right moment, the man sneaked into the Google Lounge and handed out portions of cheesecakes with copies of his resume. The trick really worked, and he was invited to an interview.

Alec Braustein ordered an ad on Google so that every time one of the target executives looked for his own name, he would find an application for Alec's job as the first search item. These announcements were intended for six executives, and after a couple of rounds of interviews, Alek got the job he wanted.

Virtual invitations to your own site

Kim Huinh, an advertising professional, has several ways to stand out from other candidates. One of her favorites was the website she created for potential employers.

The site resembled a package for Valentine's Day. There was even an interactive flash game that employers could play. Thanks to her remarkable ability to sell herself, she received an interview with four out of seven advertising agencies.

On the subject: 10 Interview Mistakes That May Cost You A Job

Liz Hickock in 2011 found her extraordinary way to tell the world that she needed a job. For this, she used Christmas lights.

Home-brewed beer and labels with resume on it.

Brennan Gleeson, a designer from British Columbia in Canada, attracted the attention of potential employers by sending 4 packages of his own craft beer, which he named Resum-Ale.

The summary itself was printed on beer bottle labels, which added a unique touch to an already special approach. Having tasted the foamy drink, the digital marketing agency gave Gleason a much needed job.

If you don’t have money for beer or billboards, try creating CV shirts.

A Briton by the name of Joe Busby decided to apply for a job wherever he was — he simply put on his resume.

Selling Yourself at eBay Auction

According to reports, a man named Josh Butler took a more comical approach to applying for a job: he put himself up at an eBay auction for £ 16 ($ 000).

When clicking on the description of the lot, Butler’s resume was opened, which talked about his experience until 2011.

Andrew Horner was tired of applying for a job, so he changed the process of submitting them.

Andrew created a website where potential employers had to fight for his attention, as if they were actually candidates. An unusual approach brought him a new job.

Personal experience: can they not be hired in the USA due to the Russian accent?

Green Card Lottery, U.S. Immigration, and English: The Most Popular Articles of 2019 at ForumDaily

Where you will be free to help prepare for US citizenship