Edition Reader's Digest has compiled a list of 13 creepy places across the country. They are so scary that tourists are not allowed there. But don't be discouraged - it doesn't seem like you want to go to these places anyway. 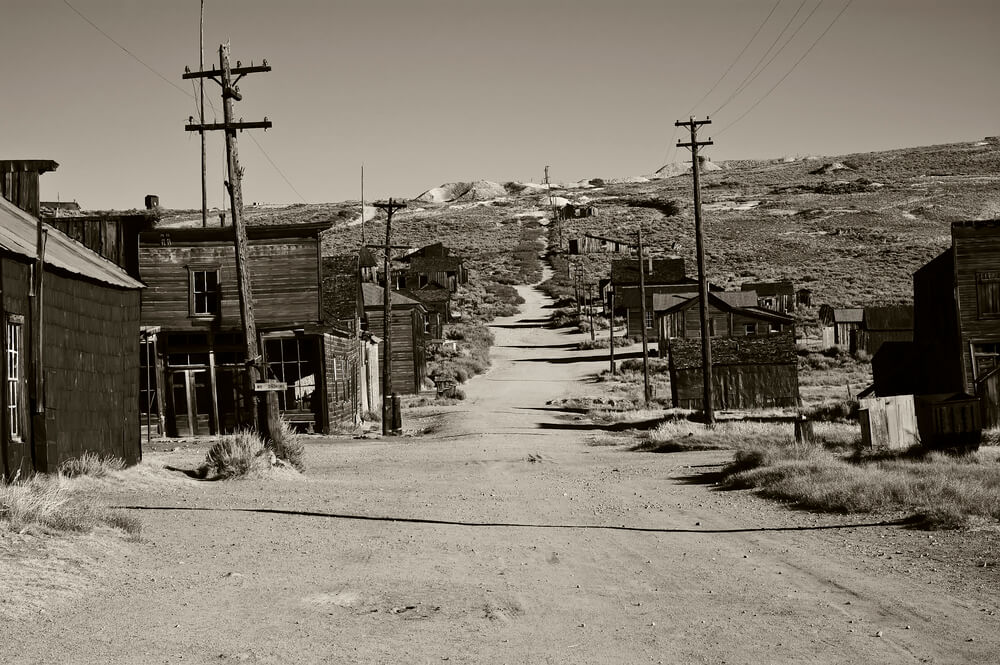 When the Randall Park Mall opened in 1976, it was the largest mall in the United States. Located near Cleveland, its retail space occupied nearly 2,2 million square feet (61 ha). But when it comes to shopping centers, the larger they are, the harder they fall, and this is no exception. He ceased to operate as a shopping center in 2009, and demolition began in 2014, although sections of the former shopping center are still preserved.

The Jazzland Six Flags theme park in New Orleans had a short life. It opened in 2000 to close permanently after Hurricane Katrina in 2005. Since then, it has been empty, and the once exciting rides remained motionless and lifeless. Jazzland is not a “ghost” in the traditional sense of the word, but it is a very noticeable reminder of the devastation by the hurricane and of all the lives that were then lost. For this reason, the mayor wants to demolish it.

The former Renz Women's Prison, located near the city of Jefferson (Missouri), is quite large. When it opened in 1926, it was a farm prison for men. When the "Great Flood of 1993 of the Year" happened, only women lived in Renza. The prisoners were evacuated, and the building was abandoned since the devastating flood waters reached 38,6 feet. Since then, nature has taken over the building, but some people have reported that it is not completely empty. Since then, Renz has been named the “Most Haunted Place in Jefferson City” by the Missouri Paranormal Research and Research Society.

The former mining town of Gilman (Colorado) is located on an 600-foot cliff above the Eagle River. Gilman was a fairly successful mine, founded in the 1886 year, mining was carried out until the 1984 year. At that time it was closed due to toxins, and now it has been empty since then. Visiting is prohibited, in addition, local authorities plan to get rid of this town, so for now there is a chance you can go and see at least from afar.

On the subject: 10 unusual places to travel in the USA

This magnificent Art Deco building once saw some of the largest halls. In addition, there were also pharmacies, shops and much more. Since 1972, the hall has been empty for no one needs, like other parts of the abandoned area.

What's even scarier than an abandoned mental hospital? How about one that is partly abandoned and partly still functioning as a hospital? This is the case when the past meets the present very eerily. A popular destination for paranormal researchers. The creepiest part is the former children's wing, where there are still toys, desks and drawings on the wall. Although part of the hospital is still open, abandoned departments are closed to the public.

Tillamook Rock Lighthouse is located about a mile (1,6 km) from the north coast of Oregon and has long been closed to the public. Nicknamed the “Terrible Tilly”, the lighthouse has apparently been cursed since its construction began in 1880, from the moment the master bricklayer jumped into the sea and was never seen again. In the 1881 year, shortly before the opening of the lighthouse: the ship Lupatia wrecked in dense fog, resulting in the death of all 16 crew members.

It is difficult to imagine a part of New York that is completely abandoned and closed to visitors, but this is the case with the island of North Brother, off the coast of the Bronx. He definitely saw his share of the tragedy with countless people who died on a small piece of land. There were not only people with infectious diseases, including typhoid fever, but also about 1000 people who were taken after the boat caught fire in the sea in 1904.

This former train depot in San Francisco Bay is not only a ghost town, but also drowning in water. Its remote location made it an ideal place for bootleggers during the Prohibition and the placement of several brothels. It also served as a weekend getaway in the city, especially for families with children. The population of the city reached its peak in 1928, then there were 90 houses in the city. No matter how interesting it may sound, all that remains is privately owned, so it is illegal to research it.

Centralia, PA is not only a ghost town, but has been burning since 1962. Despite the fact that the official cause of the fire is not clear, it previously began at a landfill over an open coal seam. In the end, the fire drove people out of this former mining town. If this is not enough not to go there, then the city still has a disproportionate number of cemeteries.

On the subject: Who buys ghost towns in the US and why?

In the 1960's, a wealthy industrialist recreated a Victorian village in Johnsonville, Connecticut, as a result of which buildings suitable for the period were built from the New England area. He hoped it would become a tourist attraction, but this did not happen, and in the end he became a ghost town. He was inactive for a while before the church group acquired it in the year 2017. Today it is still in disrepair and is also privately owned, so no matter how seductive it is to explore this dilapidated artificially Victorian village, it is illegal.

At one time, Prattville, Alabama, was a bustling mill town. Now the once mighty cotton gin factory is abandoned and destroyed. While this cave-like, empty factory is spooky enough, the mill also comes with a ghost story: rumor has it that the Lady in Black is pursuing it - a mother who, according to legend, threw herself off a city dam after her little son died in an accident on production.

Of the many former resorts in the Borscht Belt, The Pines is one of the few that hasn't been destroyed. It has the same eerie features as other abandoned hotels: disheveled rooms, an empty pool, and even an ice rink. It's strange to think of all the people who have rested there in the past - once a dream-like resort, transformed into a post-apocalyptic wasteland. But this does not mean that it is open to the public.

Who buys ghost towns in the US and why?

Nuclear Echo: Chernobyl Tragedy through the Eyes of an American