As the cost increases and housing affordability decreases, people burdened with debt tend to find more suitable places to live. Cities and US states are catching on, and many less populated areas offer incentive packages to attract residents, especially young ones. Suggested benefits include the repayment of part of student loans or the payment of visas for a year. And such corners are not only in America. 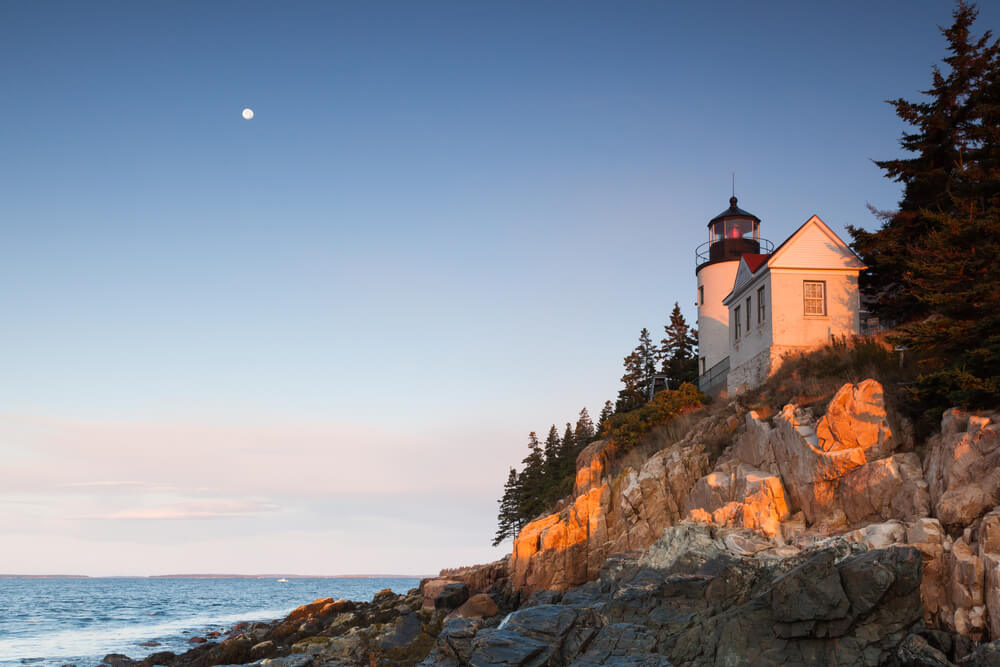 Find out 10 places around the world that will pay you for moving or staying there, offers CNBC:

Sentence: the state has expanded its tax credits program to educational opportunities. This program is designed to encourage recent graduates from any other state to move to Maine in return for paying off some types of their student loans. Residents will be able to deduct the total amount of money paid in the form of student loans from their income tax account up to a certain amount, depending on the diploma. If in the 2018 year you received a bachelor's degree at a university or college, you can deduct 377 dollars a month, and if you received an associated bachelor's degree in 2017, you can deduct 68 dollars a month.

Reason: Maine is one of the least populated states in the country with 1,34 million inhabitants (for example, in Indiana, a state of the same size, 6,7 million people live). The population of Maine also fluctuates towards a more mature one: the average age is 44 years, about 6 years more than the average age in the US as a whole, so the state wants to attract more residents in general and young people in particular.

Trick: You must graduate from college, community college, or university after 2016 year to apply.

On the subject: 8 states, counties, and cities that will pay you for your move

Sentence: If you work remotely but want to live in a warmer climate than in Vermont or Maine, consider applying for Tulsa Remote. The city collaborates with the George Kaiser Family Nonprofit Foundation, which offers remote workers a scholarship of 10 000 dollars plus 1000 dollars for housing for a year to move to this city. You will also get a seat at the table in the coworking center in the center of Tulsa.

Reason: “We are working very hard to [attract] secondary offices, headquarters and cutting edge manufacturing companies,” said Michael Bash of the George Kaiser Family Foundation City Lab. He added that Tulsa is "not as strong as I would like" to pursue "technology and data science - things that matter to companies in the 21st century." By providing the scholarship, the program hopes to attract workers who can create these sectors of the city's economy.

Trick: there are several eligibility requirements - you must move to Tulsa within the next 6 months, be 18 years of age or older, and have a US work permit. Tulsa Remote has had to limit the number of applications to 10 due to a flood of responses. Although applications for 000 are closed, new candidates are expected to be searched for in 2019. 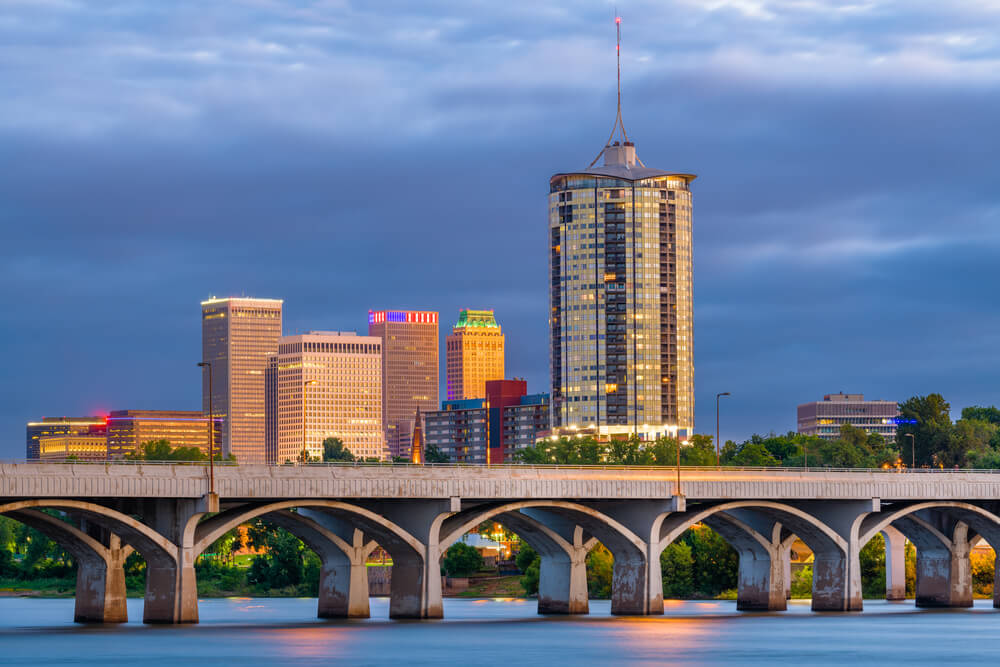 Sentence: in North Platte, a WorkNP program was created that will provide up to $ 5000 in funds for a local company to attract employees. Funds can be used to fund “relocation expenses, advance payments or deposits, equipment purchases, student loan assistance, special education certificates, and more,” according to the program's website.

Reason: Get more skilled workers and encourage local businesses to recruit talent from other states.

Trick: companies must pay employees at least 20 dollars per hour, be members of the Chamber of Commerce, and employees must commit to live in North Platte for at least three years.

Sentence: 2020 Remote Worker Grants Program funds people who want to relocate to Vermont. This initiative is designed for remote workers who receive up to 5000 dollars a year for two years if they become residents of Vermont.

Reason: the average age of a Vermont resident is 42, also slightly older than the national average. And a third of Vermont households are 65 or older, Joan Goldstein, commissioner for the Vermont Department of Economic Development, told CNN. Combined with a shrinking workforce, this has inspired the creation of a teleworker grant to attract youth.

Trick: You must be a full-time remote employee, working primarily from your home office or from coworking in Vermont. The state offers grants in turn and has a budget of 125 000 dollars for 2019 year. 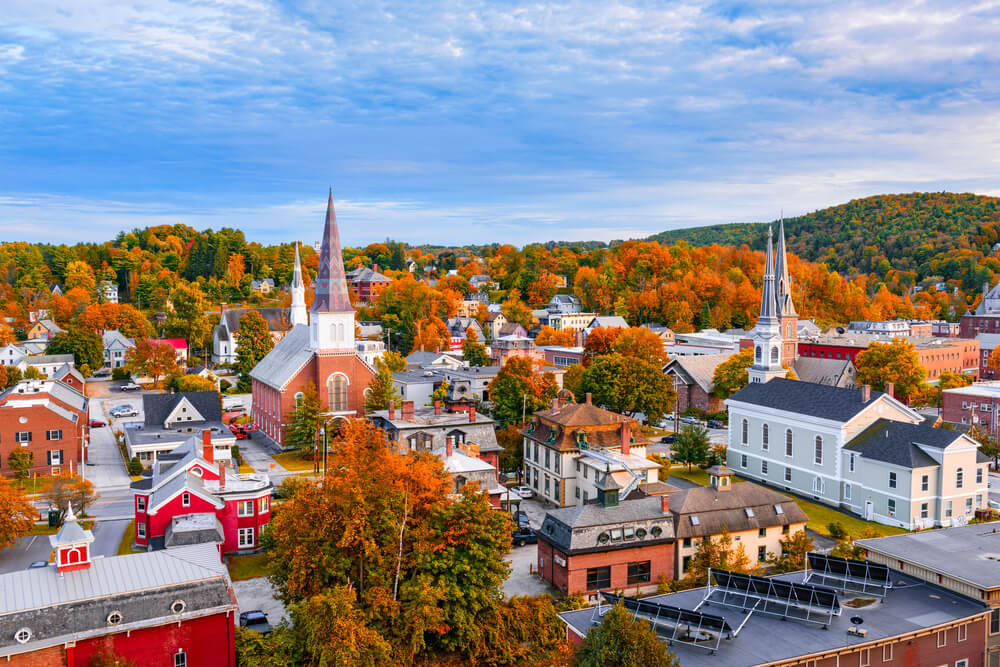 Sentence: Since 2014 of the year in Newton, Iowa, 10 000 dollars in cash have been offered for those who build or buy homes in the city. You will also receive a “welcome package” worth more than 3000 dollars.

Reason: Newton was home to the Maytag home appliance brand headquarters until 2007, but the factory closed and hundreds of people lost their jobs. Since then, more jobs have been created in the city than were lost, but there is not enough housing to accommodate people. According to the Des Moines Registry, during the period from 2012 to 2014, not a single new house was built in Newton. Offering cash to buy or build a house, Newton is trying to attract contractors and home buyers to the city.

Trick: this applies only to those who build or buy homes worth 160 000 dollars or more.

On the subject: Seven questions that will face everyone who decided to move to the United States

Sentence: The Talent Enrollment Fellowship offers up to 10 000 dollars of your student loans over an 30-month period. Payments will be made in installments from 300 dollars.

Trick: in order to be eligible to participate in the program, you must graduate from college with a degree in STEAM (science, technology, engineering, art or mathematics). And if you stop working before the expiration of the 30-month period, they will stop paying you. You must also demonstrate a job in Hamilton and / or Butler County.

Sentence: A program to stimulate the flow of people to Alaska is not new, but this does not make it less attractive. The Permanent Fund Dividend is annually replenished with at least 25% of the funds that the state receives from its gas, mine and oil reserves. Then this amount is distributed among the residents of the state, and often it ranges from 1000 to 2000 dollars per person.

Reason: The fund was created by Governor Jay Hammond in 1976, who wanted Alaskans to profit from their state’s natural resources.

Trick: In 2018, permanent residents received 1606 dollars. To be eligible for dividends in 2019 year, you must live in Alaska for 2018 year and not have a residence permit anywhere else from December 2017 year. 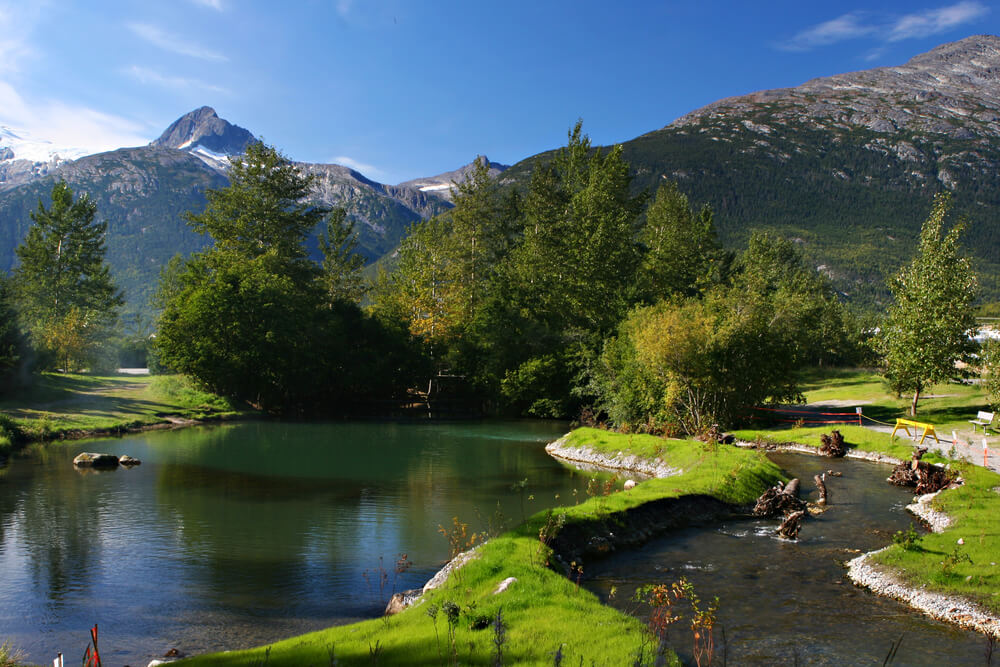 Sentence: Niagara Falls offers up to 7000 dollars of your student loans over a two-year period.

Reason: The city, which is best known for its tourism, is trying to attract permanent and young residents.

On the subject: Where to retire in the US to save $ 10 thousand per year

Sentence: The Greek Orthodox Church gives thousands of dollars to people who want to move to this small island. The program promises about 565 dollars per month (500 euros) for the first three years after the move, which is slightly more than 22 000 dollars.

Reason: In total, about 20 people live on Antikythera Island. The church hopes that this incentive will increase the population and develop the economy.

Trick: preference will be given to citizens of Greece, but anyone can apply.

Reason: The program is aimed at stimulating entrepreneurs to move to the country.

Trick: If you do not plan to start a business, this is not what you need.

8 states, counties, and cities that will pay you for your move

10 most unhappy cities in the USA

Good weather and low unemployment: the top 10 of the fastest growing US cities

American cities that pay if you move there

moving to the USA